Reporters and editors of the Winston-Salem Journal, continue to serve their community, even as coworkers and friends disappear from the newsroom. The staffers who remain have survived four downsizes in the past two years and the sale of the newspaper to a new company.  The film explores the impact of these changes on three reporters, the managing editor, and a recently hired photojournalist.  While the film deals with the hard truths facing those in the industry, it is also a celebration of daily news; sometimes sad, at times surprising, always real.  Visit Site 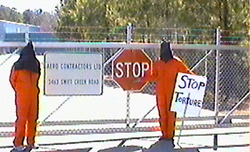 Ghosts of Johnston County is a documentary film that examines the links between a rural community in North Carolina and a secretive CIA program known as “extraordinary rendition.”  In 2005 the first investigative reports linked Aero Contractors Limited, a private transportation company headquartered at the Johnston County Airport, to this program. Extraordinary rendition is the practice of covertly detaining foreign nationals overseas and transporting them in secret to another country. There, the detainees have been held indefinitely and interrogated using torture.

Through a combination of home videos, observational footage, interviews, and archival materials Ghosts of Johnston County tells the story of the ongoing struggle to expose Johnston County’s links to the extraordinary rendition program.  The film offers both a local, “on the ground” account of this struggle, as well as the exclusive perspective of a survivor of extraordinary rendition.  Visit Site 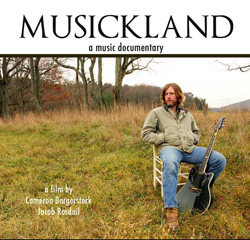 Adam Musick was a rising rock n’ roll musician in Athens, Georgia but in 2006 he disappeared from the scene and started hog farming. The 24/7 grind on the farm has taken him away from his musical passion. MUSICKLAND explores Adam’s two worlds, why he left music, and what it will take to get it back.  Visit Site 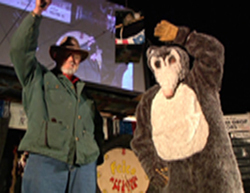 For 18 years Clay Logan has brought thousands of people to Brasstown, N.C. to witness the ringing in of the New Year with the annual possum drop.  It is an annual tradition that PETA (People for the Ethical Treatment of Animals) wants to end.  This film follows Clay’s effort to fight PETA and keep Brasstown’s New Year’s Eve tradition alive.  A whimsical documentary that reveals the age-old tale of outsider influence on a community but with a curious twist, The Possum Drop will leave the viewer rooting for the underdog.  Visit Site 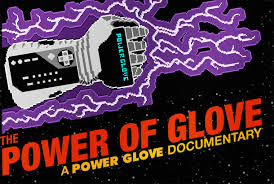 The Power of Glove

The Power of Glove chronicles the colorful history and legacy of the Power Glove, the first video game controller that allowed players to control Nintendo games with 3D hand gestures.  Despite the immense hype surrounding its 1989 release, the product was a critical failure, disappointing thousands of children with its subpar gameplay.  More than two decades later, however, dedicated fans continue to repurpose the Power Glove for art pieces, hacking projects, electronic music, and more.  Visit Site 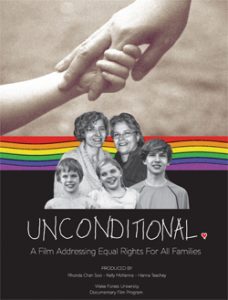 Unconditional explores how second-parent adoption laws in North Carolina harm children and parents in same-sex families. A second-parent adoption, for an unmarried couple, allows a “second parent” to adopt their partner’s biological or adoptive child without the legal parent losing their parental rights. The film follows two North Carolina families as they navigate the legal system and fight to obtain legal parental-child bonds.   Watch as these families persevere against a legal system that fails to protect them.  Visit Site