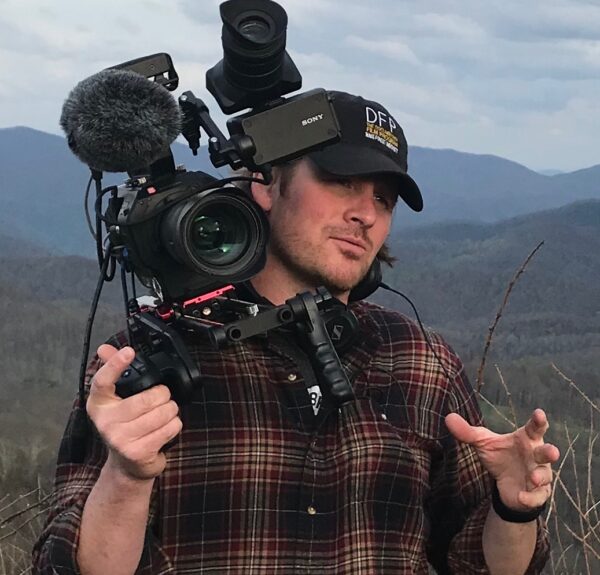 Zaluski worked professionally as a multimedia journalist for The Roanoke Times and video director at Teach For America before entering the world of higher education. His work has earned him distinctions from such organizations as the Academy of Television Arts and Sciences, Webby Awards, Broadcast Education Association, and the Online News Association.  His films have screened at festivals, museums, and universities around the world.

Theirs Is The Kingdom

At the intersection of poverty and portraiture, Theirs is the Kingdom follows the rare creation of a contemporary fresco mural inside the sanctuary of a small church in Asheville, NC. This is a painting not of the rich and powerful, but of people battling homelessness, addiction, and mental illness.

From first sketch to final unveiling, the viewer witnesses the difficulties of this ancient artistic technique while also meeting an ensemble cast of complex characters.

The car that was once the quintessential image of the American Dream is all but dead – at least for most people.

Wagonmasters, a documentary film, offers glimpses into the lives of such wagon enthusiasts, and tells the story of the station wagon as it represents a changing America over the last one hundred years.

Shipping Home follows the year-long construction of Asheville, North Carolina’s first shipping container residence. But this is no HGTV fairytale – Ryan and Brook must balance life and parenthood with their aspirations of a sustainable dream house.