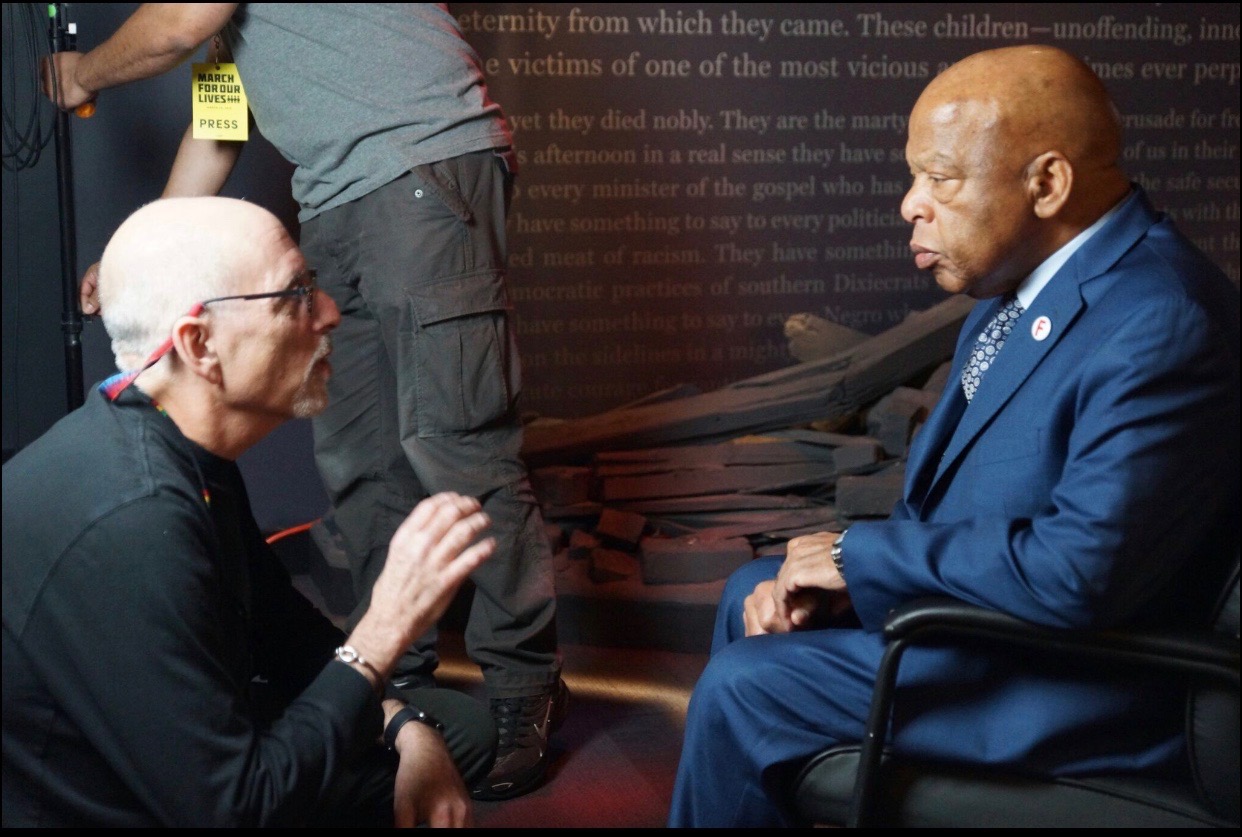 Peter Gilbert filming with Congressman John Lewis at the March for Our Lives Rally.

Peter Gilbert has won national and international honors for his groundbreaking work as a producer, director and cinematographer.
In addition to Academy Award nominations and Emmy wins, Gilbert’s work has appeared on major broadcast networks and in countless film festivals.

Gilbert also co-manages two film funds that provide assistance to young filmmakers making narrative and documentary films.  In the last four yeas, he has executive produced/produced eight projects that have premiered at Sundance and other major festivals such as Berlin, Tribeca and Cannes.

Producer and Director of Cinematography

This landmark documentary film, filmed over five years, follows two inner-city kids, Arthur Agee and William Gates, as they navigate the complex, competitive world of scholastic athletics while striving to overcome the intense pressures of family life and the realities of their Chicago streets.

At the Death House Door

Director, Producer, and Director of Photography

This film follows the remarkable career journey of Carroll Pickett, who served 15 years as the death house chaplain to the infamous “Walls” prison unit in Huntsville, Texas. During that time he presided over 95 executions, including the very first lethal injection done anywhere in the world.

This film follows American and Vietnamese veterans as they participate in a 16-day, 1100-mile bicycle journey across once war-torn Northern and Southern Vietnam. Organized by World T.E.A.M. (The Exceptional Athlete Matters) Sports, the event draws an array of veterans, as well as celebrity riders like Greg La Monde and Senator John Kerry.