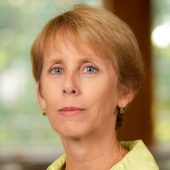 Cara Pilson teaches in the areas of documentary storytelling, research, clearance and fair use, ethics and documentary history.

She has worked as associate director, chief researcher and web producer on multiple award-winning films that were broadcast nationally and internationally, including, Negroes With Guns: Rob Williams and Black Power and Freedom Never Dies: The Legacy of Harry T. Moore. Both films aired nationally on PBS and received the Erik Barnouw Award for Outstanding Historical Documentary.  She also served as Associate Director and Director of Research on The Last Flight of Petr Ginz an award-winning documentary that has screened in more than 40 countries and is distributed by First Run Features and Forward Entertainment.  Other past films include Giving Up the Canal, Campaign for Cuba and Last Days of the Revolution, all of which aired nationally on PBS.

Through her work with the Documentary Film Program at Wake Forest, and previously with the University of Florida’s Documentary Institute, Pilson has helped students produce work that has received national and international attention. 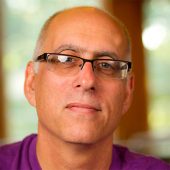 Gilbert has had a distinguished career in producing, directing, and photographing documentaries, feature films, commercials, and music videos. He is one of the filmmakers who made Hoop Dreams, serving as a producer and director of Photography. The film won numerous awards including The Sundance Film Festival Audience Award, Producers Guild of America, Independent Spirit Award, and The Robert F. Kennedy Memorial Award for Journalism. Hoop Dreams was on 100+ top ten lists for 1994. Also with Kartemquin Filmsand Steve James, he also directed At the Death House Door, which premiered at South by Southwest in 2008, and won awards at several other festivals, including the inspiration award at Full Frame. It aired on the Independent Film Channel in May of 2008. In 2004, he produced and directed, With All Deliberate Speed, the first work in the new series “Discovery Docs,” for the Discovery Network. The nationally released film portrays the drama of the monumental Brown V. Board Supreme Court decision that helped change the racial fabric of our country in 1954. With All Deliberate Speed was nominated for a Prime Time Emmy for Distinguished Work in Non-Fiction Film. 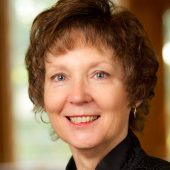 Sandy Dickson teaches courses in writing, producing and directing, and pedagogy.  She is the former director of the Documentary Film Program. Prior to coming to Wake Forest, Dickson worked for more than ten years teaching and administering the Documentary Institute graduate program at the University of Florida.

Her writing and directing credits include The Last Flight of Petr Ginz, which screened in more than 40 countries and is available in six languages.  The film is distributed by First Run Features (domestic), Pinot Films (foreign) and Forward Entertainment (foreign). Dickson also co-directed Negroes with Guns: Rob Williams and Black Power, which aired on PBS’ Independent Lens in February 2006. Negroes with Guns also screened at numerous film festivals including the Los Angeles Film Festival. The documentary was also the recipient of the 2006 Erik Barnouw Award for Outstanding Historical Documentary. She also co-directed Freedom Never Dies: The Legacy of Harry T. Moore, winner of the 2001 Erik Barnouw Award for Outstanding Historical Documentary.  Other past films include Giving Up the Canal, Campaign for Cuba and Last Days of the Revolution, all of which aired nationally on PBS. 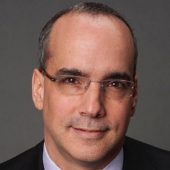 Sheridan is an award winning, journalist, content creator and media executive who has built and led content teams at some of the biggest media companies including ESPN, CNBC, NBC and ABC. A true cross-platform executive, he has helped those major brands adapt to the digital space including leading the digital video team at ESPN, helping launch the SportsCenter social media experience, launching The CNBC Digital Workshop and running abcnews.com. The editorial, management and thought leadership in the digital space comes after a distinguished 17-year career in television news where he quarterbacked coverage of some of the biggest news and sports stories of the decade for ABC News and NBC News. He began his career in local television. 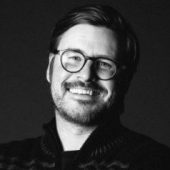 Christopher Zaluski (MFA ’13) teaches courses in editing, advanced production, and visual storytelling and is a faculty advisor to Wrought Iron Productions, a student-run video production company housed within the Graduate School.  Zaluski has a background in multimedia journalism and has created films for commercial, non-profit, and independent film organizations.

Zaluski has won awards for multimedia storytelling and filmmaking from the Academy of Television Arts and Sciences, Broadcast Education Association, American Association for Sunday and Features Editors, Virginia Press Association, National Broadcasting Society, and the Online News Association. His documentaries have screened at festivals nationwide and his film, Wagonmasters, was acquired by PBS and Amazon for distribution.