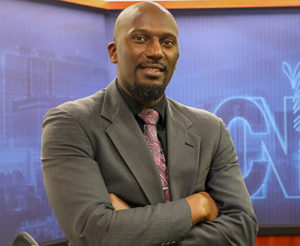 We are thrilled to share the news that Mandrallius Robinson (MFA ’19) is joining the University of South Carolina’s School of Journalism and Mass Communications.  Robinson has been hired as the school’s first sports media instructor as it prepares to launch a new sports media concentration in the fall.

Robinson spent 14 years with the Greenville News as a sports reporter, columnist,  and video producer.  In 2018, he was named South Carolina Sportswriter of the Year by the National Sports Media Association.

As an MFA student, Robinson co-directed, A Chip off the Old Rock, which aired on the PBS programming strand Reel South, and Proper Pronouns, a film about four transgender ministers and the challenges they face in North Carolina.