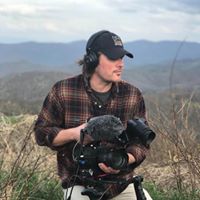 Congratulations to Assistant Teaching Professor Chris Zaluski a 2019 “Filmed in NC” grant recipient! The grant, awarded by the Cucalorus Film Foundation and the North Carolina Film Office, will support the production of Holy Chaos: The Haywood Street Fresco.  The documentary follows the year-long creation of a fresco mural and chronicles the individuals being painted who are battling homelessness, addiction, and mental illness.

Eleven projects were chosen from over 80 submissions by a panel of Filmed in NC Alumni.  This year’s Filmed in NC fund supports seven female directors, four projects from African American filmmakers and two projects from Latinx artists. The program was launched in 2015 to increase independent production activity in North Carolina and to support the work of emerging artists