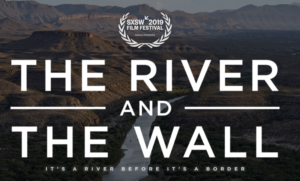 Congratulations to DFP alum Hillary Pierce (MFA ‘13) and our former University of Florida student John Aldrich on their recent win at SXSW!   Pierce and Aldrich are part of The River and the Wall film team who took home the Louis Black “Lone Star” Award for a film “with unbridled ambition, astounding photography and an essential, wide-eyed perspective of the precious land between Texas and Mexico.”

Pierce served as producer on the film and Aldrich as cinematographer and editor.  The River and The Wall, which follows a team of diverse adventurers as they embark on a 1,200-mile journey along the US/Mexico border to experience the vast landscapes before construction of a wall, will screen in theaters nationwide starting in May.