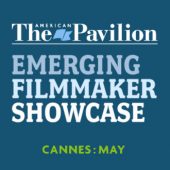 We are delighted to share the news that Scott Schimmel’s film, My Garden, No Longer, is headed to Cannes! Schimmel’s film, which examines the impact of climate change on the people of Malekula Island in Vanuatu, is a finalist in the 2017 Emerging Filmmaker Showcase. The showcase provides an opportunity for emerging filmmakers to have their works seen by Cannes Festival and Film Market attendees at a special invitation only screening in The Roger Ebert Conference Center during the Cannes Film Festival. The American Pavilion describes the event as “a festival within a festival at the most important event on the international film calendar.”

Schimmel’s film was supported through the Richter Scholars program, which provides travel funding for summer research, and a  $3,000 research grant from The Center for Energy, Environment, and Sustainability.