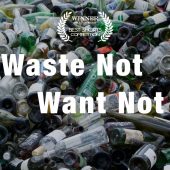 Scott Schimmel’s film, Waste Not, Want Not, is a finalist in the professional documentary division of the George Lindsey UNA Film Festival to be held on festival March 2-4. But wait, there’s more good news…Waste Not, Want Not will also screen as an official selection in the Sustainability Shorts Film Festival at the University of Illinois in Champaign-Urbana on February 25.

The film, which was produced this summer in fulfillment of Scott’s Southern Exposure Film Fellowship, takes a behind-the-scenes look at the scale and scope of the international recycling industry housed in Alabama, and the role citizens and businesses play in shifting toward more sustainable solutions to address waste. Congrats to Scott and to the Southern Exposure Film Fellowship program!