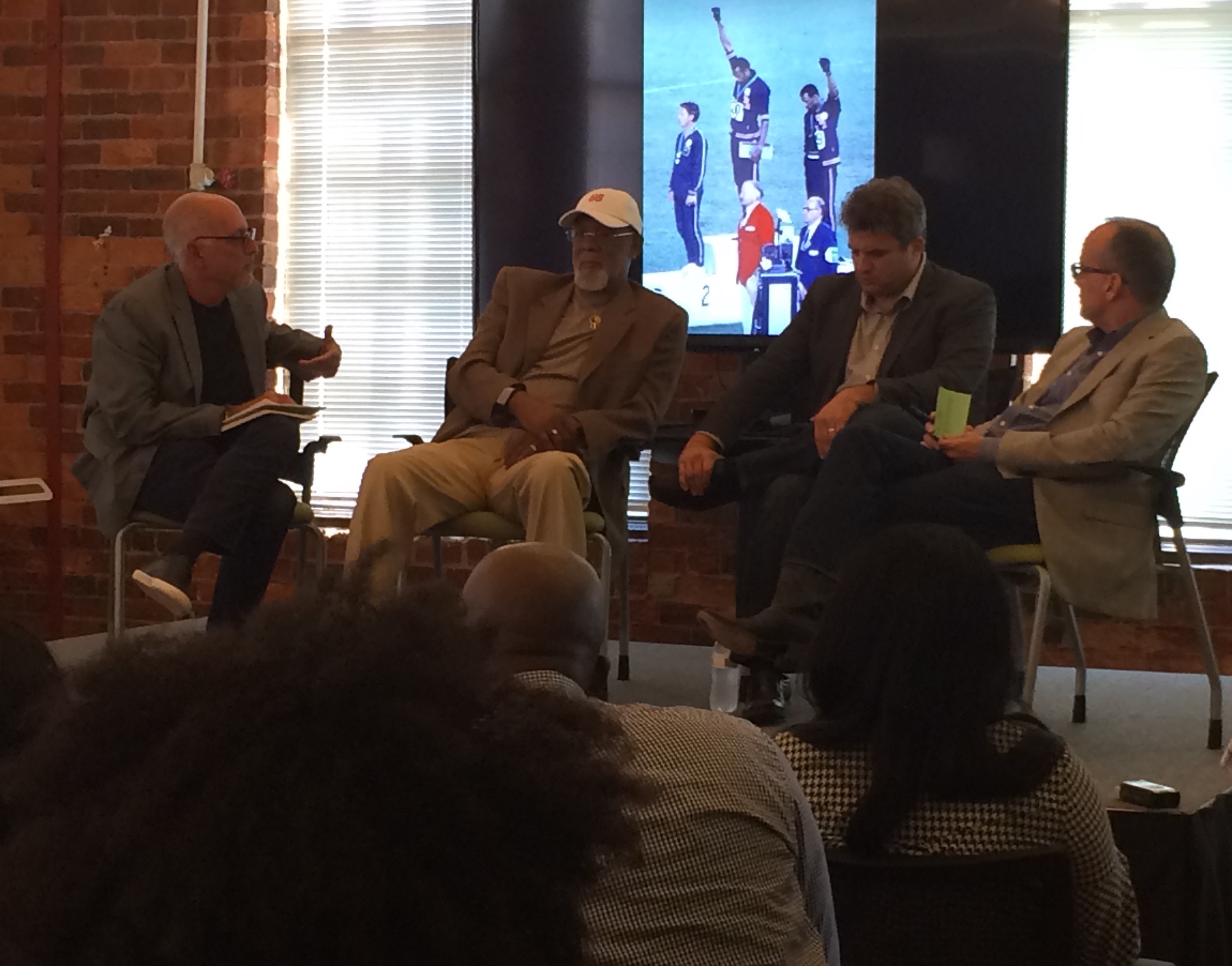 Dr. John Carlos, who shocked a nation when he raised his black-gloved fist in silent protest for civil rights at the 1968 Olympic Games in Mexico City, inspired a room full of DFP students yesterday as he spoke about that moment in 1968, the role of activism in sports and his support of recent protests by NFL quarterback Colin Kaepernick.

Carlos was accompanied by The Nation’s sports editor David Zirin, with whom he co-authored The John Carlos Story: The Sports Moment That Changed the World. Zirin provided the students with valuable insight into his creative process and his work examining historical and contemporary moments that speak to the intersection of politics and sports. Carlos and Zirin also addressed the role traditional and social media play in shaping public perception of athletes who use sports as a platform to express their political views.

Thanks to Sports Storytelling Program Director Peter Gilbert and Visiting Instructor Chris Sheridan for moderating this thoughtful and engaging discussion.