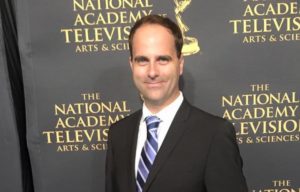 We are thrilled that Peabody Award Winning and Emmy Nominated Documentary Producer David Cassidy isserving as the instructor for Documentary Storytelling III course this fall.  Cassidy will share his wealth of producing experience with 2nd year MFA students and offer instruction on story development, pitching, and grant writing.

“I’m so glad to have this opportunity. Working with Wake Forest this semester is a sort of homecoming. Being an alumnus of this program, albeit during its prior iteration, I inherently believe in the value of what the student body can achieve at the Documentary Film Program, and where it can lead. To come back over 20 years later to teach is a humbling experience, but a testament to the path the current students are setting off upon. To be part of the current class’ student filmmaking experience is a privilege and honor.”

Cassidy has produced documentary series and features with two-time Academy Award-winning director Barbara Kopple and Cabin Creek Films for over fifteen years.  Cabin Creek’s latest film, Desert One recently made its broadcast debut on the History Channel.  The film tells the story of the Iran Hostage Crisis with a particular focus on the American rescue mission Operation Eagle Cla 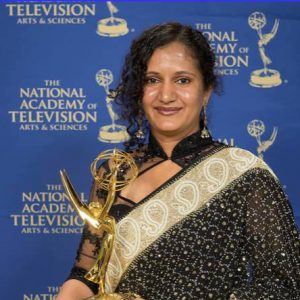 Award-winning director and editor Hemal Trivedi will return to the DFP on September 30th to screen her film Battleground and share her storytelling expertise and editing techniques with the DFP students.

Battleground offers is an intimate exploration of the state of our democracy as seen through the eyes of two opposing grassroots political leaders in Lehigh Valley, Pennsylvania – a pivotal county that voted for Obama twice and then flipped to Trump in 2016. Over the course of three years, the film shows their primary struggle was not against each other, but against the political machines that control their respective parties.

Trivedi’s work as a filmmaker and editor has been recognized with one Oscar and three Emmy wins and seven Emmy nominations.   Her work has been showcased in major film festivals including Sundance, Tribeca, and IDFA and broadcast on Netflix, HBO, and PBS (Frontline and Independent Lens). Trivedi’s critically acclaimed film Among the Believers, which premiered at the Tribeca film festival, was ranked as one of the top documentaries of 2015.